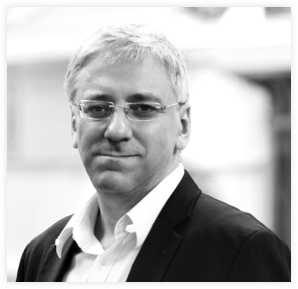 IPS (International Pharma Services) is a consulting company in Vietnam that provides implementation and operational services in the healthcare and pharmaceutical industries in Vietnam. IPS has over 20 years of experience in the Vietnam healthcare market and provides tailored programs for each client.

How do you use Daylite?

IPS, at its start, had up to 10 collaborators in house but has since switched to a more flexible “freelancers” mode where I rely on a vast network of freelance experts spread across the industry. From the beginning, I had made the decision to operate on Macs only. The first reason for using Macs is that I wanted our company thinking to stand way out from the mainstream. Basically avoiding the Powerpoint / Word / Excel mindset of the people we advise. When our clients pay for our work, they appreciate that our output doesn’t look like the production from their own team.

I also didn’t want to deal with all the necessities of a Windows environment– the need of a part-time IT person for my network, viruses and anti-viruses, an abscon server, etc.

At the same time, I was very aware of the high personnel turnover in our industry and in the region. It is very common that people stay an average of 6 months to one year in a given company, then quit for a fast track promotion, or even for the slightest salary increase.

On the contrary, our clients are mostly multinational companies in an industry with long cycles. It’s not uncommon to follow a client over his ten years career, across several countries and two or three companies. We needed a tool to assist us in the long view.

So I rapidly had a need for a CRM to keep company memory that ran on Macs. The choices were not that wide so you can see why I decided on Daylite early in the company life.

Today, Daylite is the company backbone.

Its database contains all our contacts since 2007, all our opportunities and projects, all appointments. It’s always open on my computer as soon as the work day starts. I never use Calendar or Contacts apps from Apple as Daylite fills that role. All emails from contacts are linked through Daylite Mail Assistant. All appointments are linked to contacts and/or opportunities and projects.

As all our projects are custom tailored for each client, we do not use templates and pipelines. I saw early that we had to mostly make a new pipeline for each opportunity or divert from the pipeline as the project required.

How would you compare your workflow with Daylite now, to before using Daylite?

That’s a difficult question to answer as Daylite is so much a part of the company workflow–8 years now. What I see is that I have no more need for business cards folders, appointment books, or paper archives, with the exception of accounting documents. My company’s full memory follows me wherever I need it– at my desk on my 24” screen, on my two laptops, on my iPads and iPhones, at airports, in cars, taxis or airplanes, and in any country around the planet when I visit my clients. Today, I would be completely lost without it.

When was your “ah-haa” moment with Daylite? When did you realize this was the right solution for your business?

The “Ah-haa” moment, as you nicely put it, was one day in 2009 when a past client asked me the full history of a project we conducted for him in 2007. We had made strategy preliminary studies on a multi-vitamins line and the client had another company to manufacture the products. There was significant issues in manufactruing and my client was suing the manufacturer. He needed all our project history as elements to produce in court. I went to Daylite, opened the closed project, saved it all on a CD and had it delivered to my client within the afternoon. It had all email exchanges, attachments, phone calls, meetings, memos, etc. No need to say that my client was definitely impressed.

I was particularly pleased as Daylite allowed the company to demonstrate clearly a superior professionalism that none of our competitors have. Even in the multi-national companies operating in the country, I don’t know anybody who can provide fully documented history after two years. Thanks to Daylite, we can.

What are your thoughts on Daylite Cloud? (your expectation prior, and thoughts after using it now)

Frankly, I had little expectations about Daylite Cloud. I had a stable Self-Serve setup and I had overcome the initial connection issues. After testing Daylite Cloud, I just realized that that whole side of operating Daylite had just vanished in thin air. Poof! Now I just focus on the Daylite’s client aspects and don’t have to even think anymore about server, sync, backup, etc…

As an example, one time my server computer was running out of space. It sounded strange to me as I thought there was plenty of empty space on that machine. I then found out that several dozens of Daylite backup files were piling up and clogging the hard drive. I set up Hazel to scan the Daylite backup folder and delete backup files created more than two months before. Then I made sure that at every system update or Daylite update, that setup was still okay and that Hazel was still functional– that the backup folder didn’t change place, etc. Today, I don’t have to worry about this kind of problem.

Another important aspect for me is that I want to keep an edge on new services, new technologies etc. While I value my CRM stability very much, I was growing frustrated of the lack of new features in Daylite. More precisely, I want the possibility for more integrations. Yes, I can do a lot through cardDAV and calDAV, but I am still hungry for more.

In chatting with AJ, I understood that new features will now be easier to implement by Marketcircle with Daylite Cloud, without having to wait for a major release. I have big expectations on that side.

I have no problem with the subscription model. Yes, it’s nice to “own” a piece of software. But then you become dependent on the Developer’s goodwill to provide new features on a paid or free upgrade. I have experimented subscription with Microsoft Office and they convinced me. The combination of constant upgrade and new features, with additional services such as storage space, skype credits etc, has convinced me. So I had no problem to sign up for a subscription for Daylite. I am also happy that my key software supplier gets some financial visibility and more ways to invest in more resources.

I just want to emphasise that by talking directly to some of Marketcircle team members, I found them to be very helpful and very dedicated people. As said earlier, I have experienced a growing frustration about Daylite in the last years. I know it’s tough to constantly develop and evolve, especially with a changing environment like Apple. But that feeling evaporated instantly as I tested Daylite Cloud, as I talked to AJ, to Michael who assisted me remotely, and to yourself. I am a happy customer.