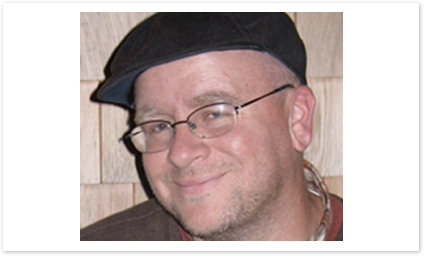 I became an independent worker in 2008 when the private school I worked for closed down. At that time I was an IT Director and part-time tech writer. Since then I've used the skills I acquired behind the IT desk to consult on websites for small businesses, manage the social media efforts of a nationally-known museum in the U.S. and write for/edit The Unofficial Apple Weblog, a part of Aol tech. I enjoy the independent lifestyle -- as stressful as it can occasionally be -- and am glad to have Daylite by my side.

What do you use Daylite for?

I've been offering my independent Web consulting services for several years now, and I use Daylite to manage large projects with many team members. For example, in 2009 I designed, installed and implemented a custom Filemaker Pro solution for a residential school for special needs children. That required regular communication with several departments, file revisions and so on. Daylite allowed me to keep all of it in one place, which was key to the project's success. More recently, I've been overseeing the Web and social media efforts of a nationally-known living history museum in Massachusetts. Again, I use Daylite to organize the many projects that occur across departments. It's key to have all of a project's files, emails, deadlines and more in one spot.

What was the most painful thing about your previous workflow that Daylite has helped to solve?

The separation between a project's communications (emails, feature requests, etc.) and the files. For example, I recently pitched some Web features to the museum. As the museum began, I realized that I failed to bring some PDFs that I needed. Fortunately, my Daylite server was running at home (about 60 miles away), so I was able to connect, open the project and retrieve the necessary files within minutes. On that day, Daylite was a life-saver.

Sharing for sure. It's true that Daylite on my iPhone puts my business in my pocket, but the small screen keeps it personal. Now, the iPad's huge screen allows me to turn to a colleague and say, "Look here." Now two or three team members can look on comfortably during a meeting or presentation.

Additionally, Apple's keyboard dock with Daylite makes it incredibly easy to take minutes during a meeting or phone call, and place them directly into that project's files.

How has the iPad revolutionized the way you do business in general (not Daylite specific)?

Absolutely. The incredible battery life allows me to be up and ready in an instant (I rarely turn it off). The size and weight allow me to pop it in a bag. As I said before, it's so simple to share with people. Instead of inviting people to crane their necks to look at a computer screen or worse, an iPhone screen, I can simply hand over my iPad.

Writing is so much easier too, as I'm not tempted to check Twitter, email or what have you. When I'm writing on my iPad, that's all I'm doing. Likewise, when I'm doing a weekly review in Daylite, there's nothing else competing for my attention. I can focus on the job at and be done in less time than on my Mac.

Describe how you use Daylite on your Mac, iPhone, and iPad. In what scenarios do you use each device, and how has the ability to take your business with you improved productivity?

My Mac is still my "hub." That's where I go to review what needs to be done on a given week or day. I also can browse gigs that I hope to get, send emails to contacts, etc. I treat it as home base.

The iPhone is mostly for on-the-go reference. When I complete work on "Project A," I can quickly see what's next on the day's agenda. I integrate a little GTD into my Daylite with context-specific categories (like "computer," "errands" or "phone"), so when I've got some free time, I can note what's available to me (say the phone), sort by that category and bang out a few tasks.

The iPad has become my daily workhorse. I love taking notes with it during meetings or phone calls, and entering them directly into Daylite. I also prefer monitoring the calendar on my iPad, as it looks so good.

What is your favourite thing about having Daylite on your iPad?

It instantly felt like "home." The team at Marketcircle went through great lengths to make sure that the look and feel of Daylite for iPad is instantly familiar to anyone who has used Daylite for the desktop. The icons are the same, and features like Projects, Opportunities and Tasks work just as you'd expect. At first I feared I'd have to learn a "new" Daylite when embracing touch. Fortunately, that wasn't the case. I felt "at home" right away, and could focus on work. For me, that was the best part of my introduction to Daylite for iPad.

How has Daylite helped you grow your business?

The Opportunities feature has been a boon for me. Placing a "stake in the ground" as a reminder to follow up on potential business has been tremendously helpful. During my weekly reviews, I can see where I'm at with these leads and decide what action to take during the following week that could potentially turn them into paying gigs. By creating a formal holding place for this information, Daylite definitely helps me generate income.