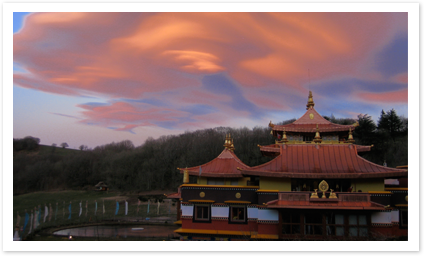 Rigpa aims to present the Buddhist tradition of Tibet in a way that is both completely authentic, and as relevant as possible to the lives and needs of modern men and women. Open to all schools and traditions of Buddhist wisdom, and with the guidance and gracious patronage of His Holiness the Dalai Lama, Rigpa offers those following the Buddhist teachings a complete path of study and practice, along with the environment they need to experience the teachings fully.

What do you use Daylite for?

We mostly use Daylite for managing our projects and tasks. Our video productions involve a large number of researchers, video editors, translators, and multimedia production people. Daylite allows us to easily schedule tasks and to have a clear view on what is going on at any moment of time.

What was it about Daylite that drew you in initially?

A few years ago I was looking for a task and project management software. I tried out various programmes, but none of them offered anything that actually made my work more friendly and enjoyable. When I tried Daylite it drew me in right away with the beautiful reports it was able to generate out of the box. The next big killer feature was the freely available server module which allows multiple machines and people to access the same database.

How has Daylite and/or Daylite Touch improved your workflow?

Daylite’s offline feature and Daylite touch allow us to distribute tasks as soon as things come up. Then we can follow this up with beautifully printed list of tasks for those who still react better to paper than to emails. Daylite really improves our communication and let’s everybody know what is in the pipeline and what has been accomplished.

Which features do you find most useful to you and your business?

We mostly use Daylite to facilitate team working together. Daylite’s offline functionality and Daylite touch make it easy for everybody to enter information into the system, regardless of whether they are working on their desk, are in a meeting, or are working somewhere in a train or a plane. The system then takes care of updating the server when feasible.

How has Daylite helped you to increase revenue in your business?