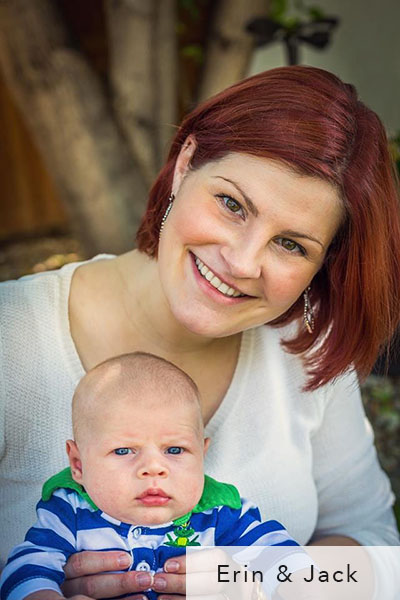 Erin McArthur of e.l.m Design Solutions is a graphic designer in Winnipeg, Manitoba where she specializes in print work for small business. She designs business cards, packaging, and other marketing materials for clients in various industries including distribution, health & wellness, artists, and more. Erin does freelance work out of her own home so she is able to offer competitive rates and fast turnaround times for her clients – which keep them coming back for more.

What were you using before Billings Pro to track your time?

When I was in school I used Excel to keep track of my time. It was really hard to keep track of everything. As my client list grew, I started looking for an app that could manage that for me. I looked at a few options but found that others were too expensive or overly complicated for what I needed. They also weren’t that flexible so that’s why I tried Billings Pro.

What was on your check-list for a time tracking & invoicing app?

I needed a solution that was really fast and didn’t take many steps to create an invoice. I also needed to be able to track my time by small increments. Many other invoicing programs I looked at automatically rounded the time up to the hour and I don’t bill that way. I bill by 5 minute increments because I have a small baby and I don’t feel someone should be charged while I’m changing a diaper. I only charge my clients for the time I’m working so I like that with Billings Pro I can round up by small increments.

What stood out about Billings Pro?

I searched in Google for a solution and found that Billings Pro was the only one that could do what I needed it to. Billings Pro stood out to me because I could customize the invoices. That’s a big deal for me because as a graphic designer I need to create invoices that aren’t just like everybody else’s. I wanted to be able to not only put my own logo on there, but also customize the look of it. A lot of other apps don’t allow that much customization. Being able to customize my invoices for various clients and industries with Billings Pro was a big selling point for me. If someone is an individual or a very small company, I give them a simple invoice because generally they just want to see the amount and when it’s due. If I’m sending the invoice to an accounting department of a company, I tailor the design of it to them because they need to see a more detailed breakdown of the work.

Do you use Billings Pro on your iPhone or iPad?

Another thing that made Billings Pro stand out for me was that I could use it on my iPhone. If I’m out and about working away from my office, I can keep track of my time and mileage with Billings Pro on my iPhone. This way it’s accurate because I don’t have to remember when I get home or write it on a piece of paper. Having everything in one app makes it much easier.

I like the pricing options for Billings Pro. When I first started I didn’t have very many clients and I was able to be on a lower priced plan. Then as I got busier I could move up to the next pricing plan level. This makes Billings Pro affordable depending on my needs. If business ever slows down (hopefully it won’t), I can just adjust the price package and I’m not stuck on a plan that’s more expensive than what I need it for.

The main benefit of Billings Pro is that it’s really fast and easy to use. I’m not spending hours on invoicing and billing anymore. When it comes to tax season it doesn’t take me days to sort out. I can get all the information I need in one report. In a month I only need to spend about an hour all together on invoicing. When I was doing it with Excel it took me an hour each day! I recommended Billings Pro to a few of my friends who are now using it. One is a photographer and the other does video editing. I recommend Billings Pro because it’s so much easier than trying to do it on your own and you can use it your iPhone too.

What do you think of Marketcircle support?

It’s great! I contacted Marketcircle support because while trying to re-do an invoice I accidentally deleted the client and all their projects. I had a mild panic attack. I thought there was no way to undo it. I contacted Marketcircle support and they were able to fix it and get the client and projects back. I was really impressed. The response time was faster than I expected. I thought the client and projects were gone forever but they were able to help me get everything back in a few hours.